Palo Alto Medical Foundation
Urgent Care, Palo Alto, CA
Fall is here, school is back in session, and once again it’s time to gear up for flu season. This year will have special challenges, as we are preparing for both seasonal flu and H1N1 (swine) flu. Dr. Enoch Choi, MD, an Urgent Care provider in the San Francisco Peninsula, will help answer questions on how to tell swine flu from a cold, and from seasonal influenza.<br><br> The pandemic H1N1 flu (aka “swine flu”) began in April, and circulated in daycares, schools and camps over the summer but dropped off until very recently increasing to widespread levels again in many states. Virtually all the flu around now is the pandemic H1N1 virus. The H1N1 virus also predominated in the recent winter months of the Southern Hemisphere, which typically spreads north as we have our winter. There is concern that we are now experiencing a second wave of H1N1 this fall with the return of children to school. <br><br> <img src="http://www.medhelp.org/images/email/arrow.jpg">&nbsp;&nbsp; Learn more about Swine Flu from Dr. Choi's blog posts:<br> <a href="http://www.medhelp.org/user_journals/show/124636">2nd Wave of H1N1 Widespread Across America, Get Immunized!</a><br> <a href="http://www.medhelp.org/user_journals/show/83652">Do I have Swine Flu?</a> <br><br> <img src="http://www.medhelp.org/images/email/arrow.jpg">&nbsp;&nbsp; Read the chat transcript from Dr. Choi's most recent <a href="http://www.medhelp.org/health_chats/archive/19">Swine Flu Health Chat on May 8, 2009</a>.
Back to Health Chat Archives| Email this
23
4
56

Dr. Enoch Choi:
"Will the 2009 H1N1 vaccines that are currently recommended contain adjuvants?
No. According to current federal plans, only unadjuvanted vaccines will be used in the United States during the 2009 flu season. This includes all of the 2009 H1N1 and seasonal influenza vaccines that will be available for children and adults in both the injectable and nasal spray formulations. None of these influenza vaccines will contain adjuvants.

2009 H1N1 vaccines with adjuvants are being studied to determine if they are safe and effective. Experts will review these data when they are available.  There is no plan at this time to recommend a 2009 H1N1 influenza vaccine with an adjuvant."

Some 2009 H1N1 influenza vaccines will be available in single-dose units, which will not require the use of thimerosal as a preservative. In addition, the live-attenuated version of the vaccine, which is administered intranasally (through the nose), is produced in single-units and will not contain thimerosal. For more information on thimerosal.

Cinains:
My daughter (4 yrs old) and I (25 yrs old) both suffer from asthma.  I'm afraid the vaccine might trigger the asthma.  Should I be concerned?

Dr. Enoch Choi:
asthma is a high risk condition.  getting the shot is important for those with high risk.  Vaccination with shots cannot trigger asthma, only mild flu like side effects: http://www.cdc.gov/h1n1flu/vaccination/vaccine_safety_qa.htm

Dr. Enoch Choi:
"The flu shot: The viruses in the flu shot are killed (inactivated), so you cannot get the flu from a flu shot. Some minor side effects that could occur are:

* Soreness, redness, or swelling where the shot was given
* Fever (low grade)
* Aches
* Nausea

If these problems occur, they begin soon after the shot and usually last 1 to 2 days. Almost all people who receive influenza vaccine have no serious problems from it. However, on rare occasions, flu vaccination can cause serious problems, such as severe allergic reactions. A federal program has been created to help pay for the medical care and other specific expenses of certain persons who have a serious reaction to this vaccine. For more information about this program, call 1-888-275-4772 or visit the program’s website at: http://www.hrsa.gov/countermeasurescomp/default.htm. "

fvf147:
What have you heard about the studies being done using IV antivirals?  For patients who are hard to ventilate and aren't absorbing the antivirals, they've seen success in giving it via IV.  But is it available or even being tested in the US?

Dr. Enoch Choi:
it is being tested, but no definitive studies have been published

Dr. Enoch Choi:
it is not generally available, i believe it's under study protocols only

Dr. Enoch Choi:
it sounds promising.  unfortunately there are reports that off-label use of aerosolized / nebulized tamiflu has led to deaths, so the FDA has come out against that

dekomo:
Why they don't test patients who have flu like symptoms?  If they give anti-flu medicine like Tamiflu or Relenza, it might help preventing from developing complications.

Dr. Enoch Choi:
it's not accurate, so we depend on symptoms and examination.  there are different kinds of tests.  Rapid influenza tests for influenza A but the H1N1 only is positive 30% of the time.  The PCR test is better but still inadequate if the test is "negative" someone could still have h1N1.  if it is positive you can be sure they do have H1N1

Lealyse:
When will the H1N1 shot be ready for pregnant women?

mattymommy:
How long is the vaccination effective for? Will we have to get it again next year?

Dr. Enoch Choi:
it is unknown, but suspected to provide antibody protection for as long as the strains that are circulating have the same antigens to identify them by.  you will likely need to get it again next year since influenza mutates very easily

DrMike_swm:
I am confused.  How is it that people with no direct implication in the pharmaceutical companies want to continue to PROMOTE H1N1 as a legitimate pandemic concern when most epidemiologists have recently spoken out to downplay the hyped danger of H1N1, and that generally it produces less severe symptomatology than does the seasonal flu virus (i.e., using  the term "pandemic" is inflammatory and a case of fear-mongering)?  What's up?

Dr. Enoch Choi:
i have no support from drug companies, and have never been paid by them and don't want to.  I am concerned because there are young people getting severely ill, and dying.  Yes, most with H1N1 have less severe symptoms than seasonal flu, but there is the risk of severe disease.  It is not inflammitory to use "pandemic" since the WHO has declared it to be.

Dr. Enoch Choi:
it's important to be protected from the risks of severe complications following either seasonal influenza or H1N1 illness

ladypar:
I hear of health care providers not wanting to get the swine flu shot. Well, I think they should all be made to get it as they are supposed to protect us and get paid to as well. My husband has to go to several doctors with chf and if they didn't have the shot I will drop him in a flash. He sees lots of sick patients, like 50 per day. Am I being unreasonable? Will he give me an honest answer when I ask before his appointment?

Dr. Enoch Choi:
it is true that some health care providers do not want to get the shot.  They do not believe they are at risk, based on the belief that they've had it already.  This is irresponsible.  I agree with you.  I hope he gives you an honest answer

Dr. Enoch Choi:
some unions are suing health care systems for requiring h1N1 vaccination, but i believe it's our duty to get immunized since we can't be tested to see uif we've already had it or not

LouiseH:
My husband and I are not in the priority groups for swine flu vaccine because we are both over 65. However, we both have chronic conditions: diabetes, heart disease, Parkinson's. In addition, I believe that I had a form of the swine flu as a teenager. Do we need the swine flu shots? If so, at what point in their release should we try to get them?

Dr. Enoch Choi:
currently it's saved for those who need it the most, and i'm sorry, you're not in the list.  stay tuned

Crysi:
What is the incubation period for H1N1 ?

smartwater:
Is H1N1 always accompanied by a fever and does it have to be high? If you had fever for a day or two and then it goes away, couldn't it just be a viral infection rather than H1N1?

Dr. Enoch Choi:
not always accompanied by fever.  can be a different viral infection.  can't tell.  if sick, ask your doctor.  at our institution, we require for diagnosis: fever of 100 deg, AND sore throat or cough

GMB08:
Can an increase of Vitamin D help avoid the H1N1 in a pregnant woman?

Dr. Enoch Choi:
i haven't read proof of that

GMB08:
There have been reports out in California, people have complained of neurological effects from the vaccine...Is there any truth to this?

Dr. Enoch Choi:
i haven't read proof of that
23
4
56
Back to Health Chat Archives 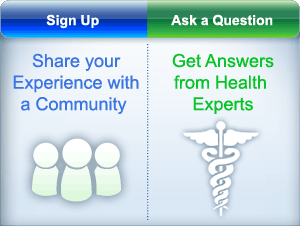